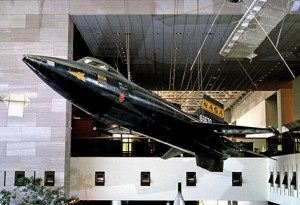 Now that winter is here, your young techies or scientists — or curious kids of any age — will benefit from an outing to one of America’s premier children’s science museums.

Interactive exhibits, hands-on experiments, activities that engage both the mind and body, kid-oriented explanations of scientific concepts, and multi-media presentations that rev up the young imagination will delight and educate the children…and you!

Some our nation’s most popular children’s science museums are over a century old, while others, such as the new National Children’s Museum at National Harbor, MD, are newer, state-of-the-art establishments.  Consider visiting the classic, awe-inspiring institutions as New York’s American Museum of Natural History, Chicago’s Field Museum, and, of course, the National Air & Space Museum  in Washington, DC, which is part of the Smithsonian complex.

Smaller science museums in your area may offer a calmer — and thus more hands-on and accessible — learning experience. For example, the DaVinci Science Center in Allentown, PA,  has friendly, on-site volunteers who actively help youngsters learn about and understand the museum’s fascinating interactive exhibits.

The Strategic Air and Space Museum in Ashland, Nebraska near Omaha is one of the nation’s premier aviation museums, and has recently opened a youth-friendly air and space library.  Planetariums across the country often feature special events related to planets, stars and space exploration, and university-affiliated museums, such as the Texas Natural Science Center, which is affiliated with the University of Texas at Austin, offer the benefits of being on or near the stimulating environment of the college campus.  Cleveland, Ohio’s Great Lakes Science Center offers not only the NASA Glenn Visitor Center, but also the six-story Cleveland Clinic Omnimax Theater, featuring “the most sophisticated and powerful motion-picture projection system in the world” showing science and space-related features.

Most of the museums are priced reasonably for the family budget, and an outing to a fun, interactive science or space museum certainly is preferable to having one’s children sitting zombie-like in front of video games or tv. Some of the museums offer an occasional free day or evening, with the generous participation of corporate sponsors — check the museums’ websites.

Many science museums also offer outdoor exhibits: try the Museum of Life and Science in Durham, NC; the Discovery Outdoor Science Park in Rockville, IL, or the Montshire Museum of Science in Norwich, VT.

There are too many great science museums to mention here, so do search online for children’s museums and science centers in your area: visit the Association of Children’s Museums, which lists over 200 museums, or consider these outstanding choices: