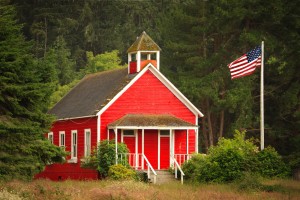 It’s advice that most of us have learned to follow the hard way.  It’s easy to get caught up in a well-crafted sales pitch, and just overlook the parts that are “too good to be true.”

But when we are dealing with the futures of our children, we need to stop and actually read the fine print under Common Core’s aggressive marketing campaign.

Let’s start with a fundamental contradiction in the marketing message.

The proponents of Common Core sell their program by telling us…

…about the children of our military who often must transfer from one school to another.  These children, we are told, need every school to be the same so they won’t ever move to a new school that is behind their old one.  At the same time, the proponents tell us that no school is limited to the standards as they are written, and they fully expect that some schools will go beyond the mandated performance levels.

But doesn’t that mean that some schools will be ahead of others?  And doesn’t that negate the “all the schools need to be the same so children can seamlessly transfer” marketing claim?

It can’t be both ways.  Either all the schools will be the same or they won’t.  If they are, no school will be going beyond the written standards.  If they are not, then for the children of our military, the current situation will remain the same.

It’s a great marketing ploy, as long as no one notices that the claim is that Common Core will result in schools that are simultaneously the same and different from each other.

Now let’s look at the language of the Common Core sales pitch itself.

Common Core’s salesmen have stated that 40% of our children require remediation when they get to college so we need to have a system of standards that mandate what all children will know and be able to do upon graduation. The standards must be accompanied by high stakes tests so we can hold students, teachers, and schools accountable for how well they meet the standards.  This, they tell us, will solve the problem.

But didn’t we already have mandatory achievement standards with high stakes tests to measure performance?

Most states have had standards-based education for nearly 20 years, and the sales pitch that was used to introduce it then is exactly the same as the sales pitch that we are hearing today.  If it was such an abysmal failure that 40% of the students exposed to it require remedial courses before they can begin actual college work, why are we continuing the approach at all?

Why are we getting a new version of an old, failed, product?

And what would a Consumer Reports analysis reveal?  What is the actual performance level behind the sales pitch language of “rigorous” standards?

In the Pennsylvania regulations recently passed by the State Board of Education, for example, students will need to pass Algebra I in order to graduate from high school.  Nothing higher than Algebra I is required.  And they do not need to pass the mandatory state Algebra I exam until they are in the 11th grade.

In a recent debate, the proponents of Common Core told the audience that the students would learn less, but still be able to take advanced courses in math like AP Algebra II.

In pre-Common Core high schools, students take Algebra II in either 10th or 11th grade so they can take Calculus before graduation.  Algebra II is not considered college level math – students who need to take it in college do so in a remedial setting.  The AP level math is Calculus.  But in a recent interview, the Vice-President of the College Board stated that Calculus is not part of the Common Core sequence.  He said that in Common Core, educators are asked to slow the math progression down.

Well, if we slow the math progression down, then Algebra II would, in fact, move to the AP level.  We didn’t move student achievement up, we moved the level for success down.

Does anyone believe that the students in Singapore or Germany or Japan are having the math progression in their schools slowed down?

Now let’s analyze the tests themselves.  According to the Common Core sales team, the tests are critical for holding students, teachers, and schools accountable.  We will know how well the program is working through the tests.

The promotional language says that the tests are valid and reliable.  But the same state Departments of Education that are mandating and implementing Common Core are creating and scoring the tests, and then reporting on the performance of their own system.  Such a structure is like allowing a drug company to evaluate its own medicine, declare it a success, and then put it on the market.  It’s called an internal audit – and it is never considered either valid or reliable.

In fact, the state Departments of Education have been doing this kind of high-stakes testing since the inception of the standards-based system.   And in that time, we have seen states change their passing scoring criteria retroactively.  We have seen states lower the level of achievement necessary to receive a passing score.  Some states use computers to change the questions to match the student’s achievement level – moving the test to the student instead of measuring the student against the test.  And some states set the passing level as low as 33%.  In every case, parents only received notice that their students had passed – not the actual level of achievement necessary for passing.

And then, when those same students got to college, where they received their first non-internal audit of achievement, 40% of them required remediation.

Sometimes, reading the fine print is the most important thing that a potential consumer can do.  And in the case of Common Core, failure to read, and act upon, that fine print will result in an academic disaster for an entire generation of America’s children.

Dr. Peg Luksik has taught both both special education and regular education students from pre-school to college for over 30 years.  She has written and evaluated curriculum, and worked as a consultant to the U.S. Department of Education, reviewing education reform initiatives.