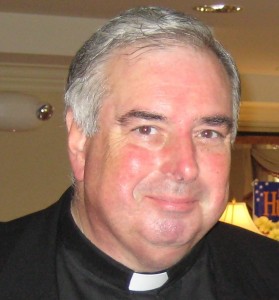 Earlier this year, a great human rights leader, Father Keith Roderick passed away with little notice from the media.

Father Keith served as Secretary General of the Coalition for the Defense of Human Rights (CDHR).  The Coalition has since become a consortium of over fifty-five organizations working together to protect the rights of minorities living in Islamic countries. Members of the Coalition include Catholics, Protestants, Orthodox Christians, Jews, Hindus, Muslims, Assyrians, Armenians, Bahai, Copts, Lebanese, Indonesians, Iranians, Pakistanis, Indians, Sudanese, Nigerians, and others.

Father Keith fought for Soviet dissidents in the Soviet Union and also served as the Co-Director of the International Task Force, formerly The Task Force on Soviet Jewry, and as Executive Director of the Sudan Campaign. He co-chaired the Coalition to Save Iraq’s Christians and Other Defenseless Minorities.

An advocate for the persecuted and oppressed of all faiths across the globe, Father Keith fought the battle for international religious freedom with courage, diligence and grace.  He earned the respect, affection and loyalty of people of many faiths who saw in him a leader of extraordinary commitment to principle.